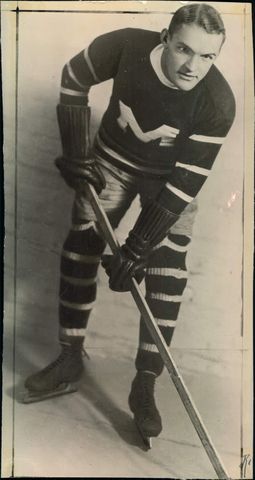 Albert Charles "Babe" Siebert (January 14, 1904 – August 25, 1939) was a Canadian Professional Ice Hockey left winger and defenceman who played 14 seasons in the National Hockey League (NHL) for the Montreal Maroons, New York Rangers, Boston Bruins and Montreal Canadiens. He won the 1926 Stanley Cup championship with the Maroons, and the 1933 Stanley Cup Championship with The New York Rangers - 1937 Hart Trophy Winner - Siebert was inducted into the Hockey Hall of Fame in 1964,[7] and is an honoured member of the Waterloo Region Hall of Fame