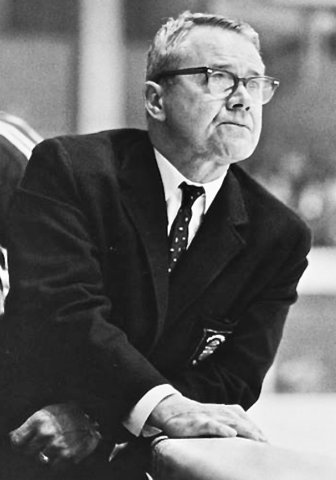 Fullerton was considered an innovator with many crediting him with developing defensive plays such as the "Box", "Triangle" and one-two-one "Diamond" tactics.

He had a game strategy for each opponent that kept his teams competitive even when short on depth and talent. Fullerton hired the first female assistant coach (Laura Strumm) to teach power skating and in 1964 had a Brown co-ed (Nancy Schieffelin) suit up and practice with the men. Nancy was an organizer for the Panda Bears, the first recognized American college women's Hockey team (1965).

James Fullerton was inducted into the U.S. Hockey Hall of Fame in 1992