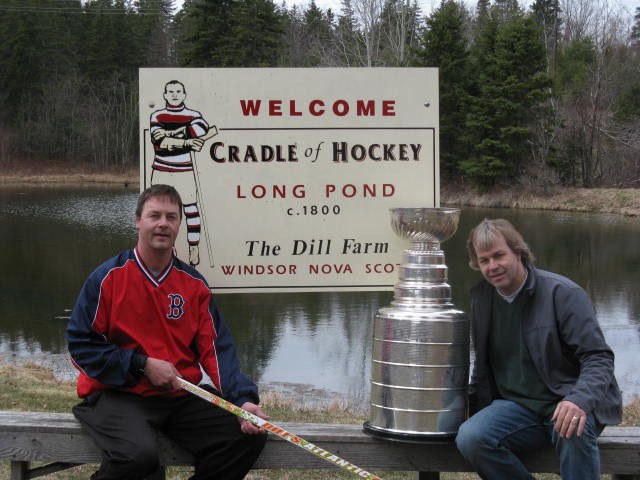 Surprise visit by the Keeper of the Cup Phil Pritchard in March 2010.. A definite highlight! :)

Me(Andrew Dill) holding a memorial hockey stick I did in memory of my father( Howard Dill, developer of the world's largest pumpkins), the, "AG 81 Howardzer"...and of course none other, The Keeper of the Holy Grail, Mr Phil Pritchard!