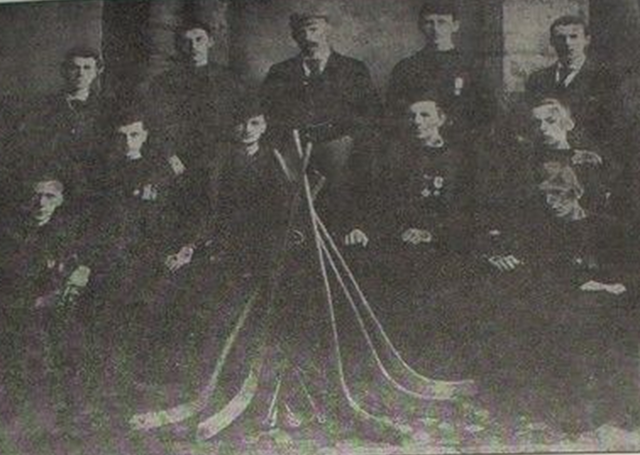 Games were played on Victoria Park Pond in the centre of town.

The Windsor ‘Juniors’ was a champion team that competed
with teams from King’s College, Hantsport, Wolfville, Kentville, Acadia University as well as
the Halifax Athletes

Note that some players have three medallions on jerseys indicative of victories in the three previous years.

The early Ice Hockey sticks were carved from Hornbeam trees (Ostrya Virginiana), which are native to Nova Scotia and provide a very durable hardwood.

Philip Hamilton, of Windsor told in a diary of making hand-carved Hockey sticks for all of his "Windsor Juniors" team mates.