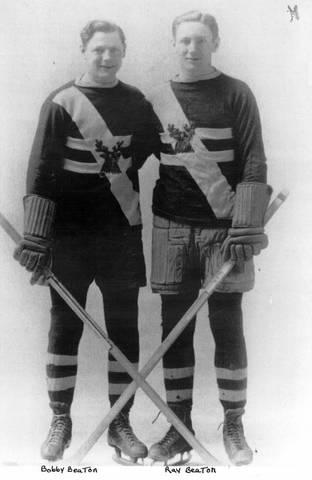 Bobby Beaton played Hockey in Atlantic Canada in the early 1930s. He moved to England in 1938 to play for the Streatham Lions and Brighton Tigers, winning the European Championship in Berlin. The next year he played for the Falkirk Lions of Scotland.

The Beaton family was quite a large family, with many of the men playing Hockey - Clement, Joseph, Raymond and Bobby.