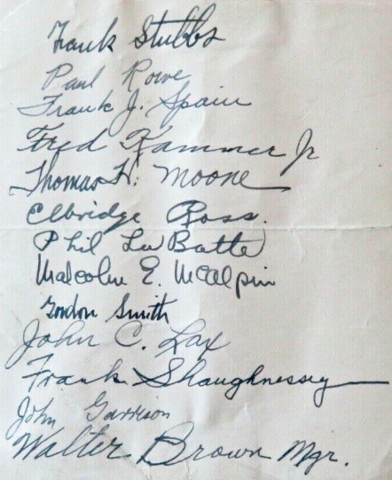 NOTE - Autographs / Signatures were obtained during a exhibition game between the USA Team and the Wembley All-Stars, played at Empire Pool and Sports Arena (Wembley Arena) on January 16, 1936, prior to the Olympic Games.