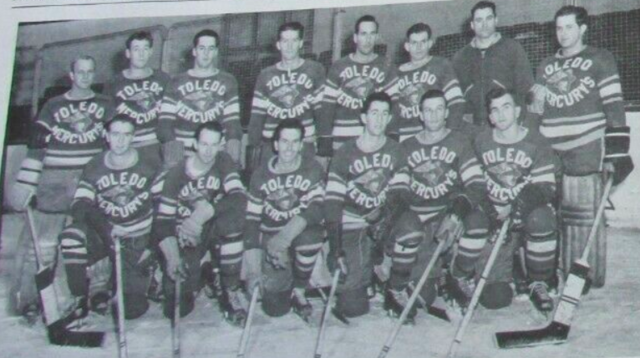 The Toledo Mercurys captured the International Hockey League Championship and the Turner Cup Trophy in the 1947 - 1948 campaign.

The first year Toledo club defeated Windsor Hettehe-Spitfires four games to one in the league final to win the championship.

The Mercurys went on to win the United States Amateur Hockey Crown with a two game victory over Eveleth Rangers and a three games to two series triumph over the New York Rovers.