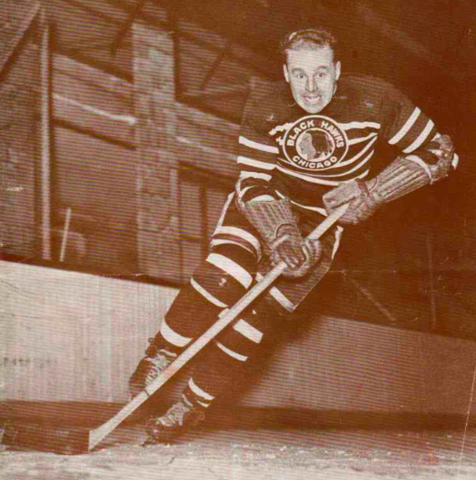 Hamill played his junior Hockey in Ontario, first with the Toronto Young Rangers, then the South Porcupine Porkies and finally the Copper Cliff Redmen, leading the Redmen to the 1937 Memorial Cup final. Hamill scored a overtime winning goal in game 1 of the best of 5 final, but the Redmen would lose to the Winnipeg Monarchs 3 games to 1.

The Boston Bruins signed Hamill to a NHL contract on October 26, 1937, with Hamill playing in 6 NHL games during the season, and playing most of the season with the Bruins affiliate, the International-American Hockey League / I-AHL Providence Reds. The Reds would win the first ever Calder Cup championship in 1938, as 1938 I-AHL champions, with Hamill scoring 2 goals, 2 assists in the playoffs.

Over the next 3 seasons, Hamill spilt his playing time between the Bruins and the Hershey Bears, helping the Bears to the 1941 Calder Cup finals, scoring 3 goals, 3 assists in nine playoff games.

The Bruins traded Hamill to the Chicago Black Hawks on December 18, 1941, and Hamill would have his best NHL scoring years playing in Chicago over the next 7 seasons, but right in the middle of his most productive scoring years, Hamill would have military service back in Canada from 1943 to 1945. Hamill did play for the OHA Sr. Kingston Army during the 1943-44 season.