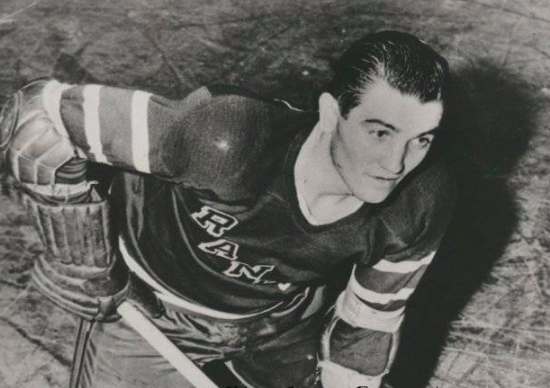 Scherza then turned pro with the NHL Boston Bruins for the 1943-44 season, playing on the so-called "Sprout Line" with fellow youngsters Don Gallinger and Bep Guidolin, scoring 1 goal, 1 assist in 9 games before the Bruins traded him to the New York Rangers for cash, November, 1943.