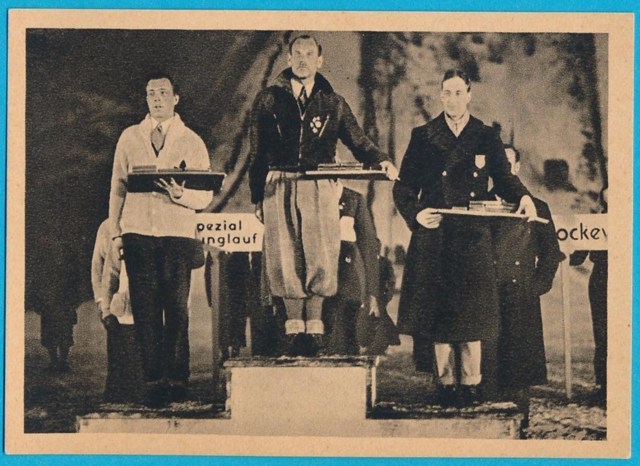 1936 Winter Olympics in Garmisch-Partenkirchen, Germany.
Awards presentation to the 3 medalists - Gold to Great Britain, Silver to Team Canada and Bronze to Team USA.

This is a card that was issued by Muratti cigarettes, Berlin, Germany in 1936 and came out of the Brennpunkte des Deutschen Sports set,

One of the rarest cards in the set you can find.

On the back of the card there is also writing in German for Muratti cigarettes.

While 216 cards are routinely cited as being in the Brennpunkte des Deutschen Sports set, that is not correct. Three different subsets actually exist, and while the first and third contain 216, the second contains 288 for a total of 720 cards.