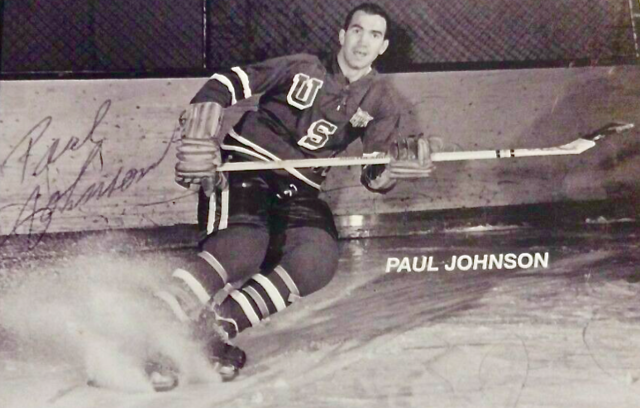 In 1960, Johnson was a member of the United States Olympic Ice Hockey Team that captured the Gold Medal at the VIII Olympic Winter Games in Squaw Valley, California. He scored three goals and added two assists, helping the U.S. to a 5-0-0 overall record. His contributions included the game-winning goal against Canada (2-1), the Olympic favorite, on a breakaway.

Johnson also competed for the U.S.A. in 1964 at the IX Olympic Winter Games in Innsbruck, Austria.

The late Herb Brooks – a former USA teammate and USHL rival who also coached Team USA to a gold medal at the 1980 Olympics in Lake Placid, New York "Miracle On Ice" – spoke during the jersey retirement ceremony, and later related the following sentiment: