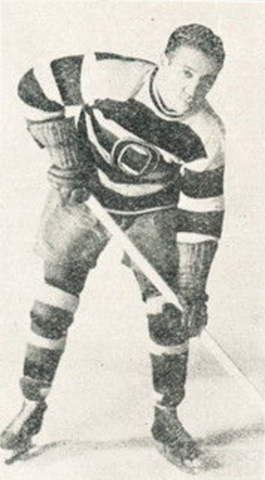 Bourgault played two seasons in the Northern Ontario Hockey League / NOHA with the North Bay Trappers before joining the senior Guelph Royals in 1923-24.

Bourgault played his first pro Hockey for the Saskatoon Sheiks of the Western Canada Hockey League / Western Hockey League from 1924 to 1926.

Bourgault then joined the Toronto St. Patricks to start the 1926 season, who then changed the name to the Toronto Maple Leafs in February 1927 - Bourgault played only one season in Toronto.

Bourgault was traded to the New York Rangers for cash in January 1927 and remained there for nearly five years. During his first full year in a Rangers uniform, 1927-28, he scored seven goals and helped the club win its first Stanley Cup in 1928. Bourgault continued to play in New York until he was sent to the Ottawa Senators for cash in December 1930.

Bourgault's tenure in Ottawa was difficult as he was not utilized consistently and even spent the 1932-33 season with the Canadian-American Hockey League / Can-Am League's Bronx Tigers.

In February 1933 he was part of the package sent to the Montreal Canadiens for Marty Burke. Bourgault remained with Canadiens until the early stages of the 1934-35, before being sent to the Quebec Castors of the Can-Am league to finish the season.

He retired the next year after playing a couple of games with the Springfield Indians in the Can-Am League.

Bourgault is part of the answer to one of the great trivia questions in Hockey, as he, Desse Roche, Joe Lamb, Rick Dudley and Wilf Paiement are the only players in NHL history to wear number 99 aside from Wayne Gretzky.