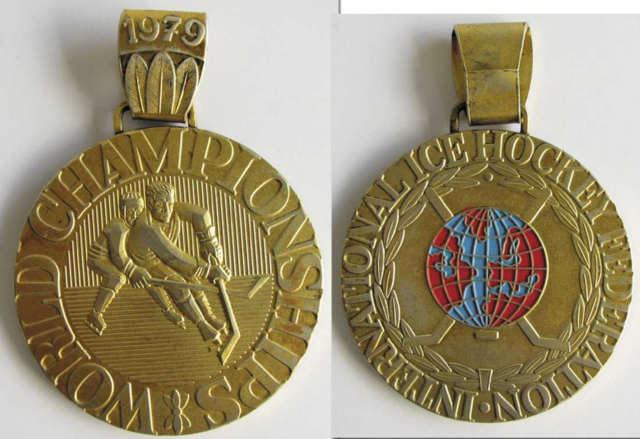 The 1979 Ice Hockey World Championships took place at the Palace of Sports of the Central Lenin Stadium in Moscow, Soviet Union from 14 to 27 April. Eight teams took part, with the first round split into two groups of four, and the best two from each group advancing to the final group. The four best teams then played each other twice in the final round. This was the 46th World Championship and at the same time, the 57th European Championship. In the May 1978 congress many rules were aligned with NHL practices and archaic rules (like changing ends half way the third period) were finally officially abandoned.

The Soviets wished the tournament to be finished before the May Day celebrations began, so the schedule was moved up one week allowing for less NHL players being eligible. The hosts won all seven games they played capturing their 16th title, the only game that was even close was their early match with West Germany, which they won three to two.