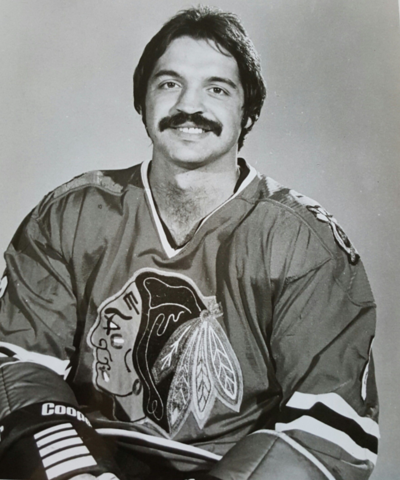 Ruskowski began his junior Hockey career in Humboldt, Saskatchewan, in the Saskatchewan Junior Hockey League (SJHL - Tier II) in 1970–71, playing for the Humboldt Broncos. His leadership ability at age sixteen was evident, as was his ability and toughness. He helped to propel the Broncos to the league final that year.

Terry would have had a hard time in the juniors if he hadn't decided right away to play the way he did. He wasn't a speedy skater or a prolific scorer so he chose the gritty and chippy style of play. Or as Terry put it: " You had to decide on a style. You can't kid yourself because that's when the pros are watching. I realized my only chance was to fore-check the best I could and hustle like crazy. "

From 1971 to 1974, Ruskowski played for the Swift Current Broncos where he became captain in his second and third year and helped to lead the team until it lost in the semi-finals in 1974. As well, he still holds the team record for most assists in one year, 93 assists in 1973–74. In three years with the Swift Current Broncos he had 273 points in 188 games, including 195 assists. His 556 PIM's gave a clear indication that he was a guy who never backed down.

During his junior career, he was a standout forward who excelled at setting up goals and winning fights. And although drafted by the Chicago Blackhawks in the 4th round, 70th overall in 1974, the club showed only a luke-warm interest in their prospect. They sent him a letter informing him of their plan to start his pro career in Dallas of the CHL.

Ruskowski and fellow Blackhawk prospect Rich Preston held their minor-league offers up against a chance to skate with the Howe family of the WHA's Houston Aeros and the Houston offer was the only one left standing, as he was selected in the 1974 WHA Amateur Draft, May, 1974.

Over the next four seasons, Ruskowksi developed into one of the Aeros' top forwards, winning the AVCO Cup during his first season in 1974-75, alongside the legendary Gordie Howe. Although a somewhat slow skater, he had a knack for controlling the puck and setting up scoring chances. And according to his buddy, Rich Preston, he never lost a fight in the WHA.

In 1978-79, the Winnipeg Jets absorbed the Aeros. There, Preston and Ruskowski were instrumental in leading their team to the final Avco Cup ever awarded in 1979, and not only did he play in the last WHA game ever but he also recorded 4 assists in that final game. Terry's WHA stats were a very solid 337 points in 369 games, including 83 goals and 254 assists. He also had 761 PIMs.

Ruskowski was one of the top players in WHA history, and very proud of the league and his Avco Cup championships.

"We cherished that trophy as if it was the Stanley Cup. You want all your life--and you fight all year long--to win a championship. I had won the Avco Cup with the Aeros, but the second time was more meaningful because I participated more. When I won with Houston, I was on the fourth line. I was just a rookie. With the Jets, it was more of a baffle. We had been through league wide changes and coaching changes and trades and everything. This was great."

When the WHA merged into the NHL, the Hawks took a much greater interest in Ruskowski. They even gave up their rights to Bobby Hull in order to secure him along with Preston.

Ruskowski's leadership and work ethic soon became very apparent in the Blackhawks' camp, and in his first year there he led the team in both scoring and penalty minutes.. When Keith Magnuson went down with a prolonged injury, "Roscoe," as he was known, became the team's captain. While with the club, he joined Preston and Grant Mulvey to form the RPM Line.

On October 24, 1982, Ruskowski was traded to the Los Angeles Kings where he played for parts of three seasons. He then signed as a free agent with the Pittsburgh Penguins, often played left wing on Mario Lemieux's line.. With the Penguins, he put in two solid season before signing as a free agent with the Minnesota North Stars. The North Stars brought in Ruskowski and Basil McRae to bulk up for the next round of the "Chuck Norris" Division battles. At that time, all of the Norris Division rivals had a large arsenal of toughs on hand to scrap first and play Hockey afterward.

In such a climate and at the age of 33, Ruskowski grew weary of his pugilistic role. Exchanging punches with a bunch of twenty-something upstarts no longer held any appeal. As such, he retired after the start of the 1988-89 campaign.

In 2010, Terry Ruskowski was elected as an inaugural inductee into the World Hockey Association Hall of Fame