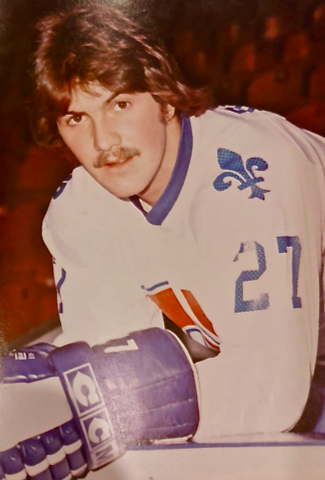 Richard David played with the Quebec Nordiques in the World Hockey Association / WHA and when they joined the National Hockey League / NHL.