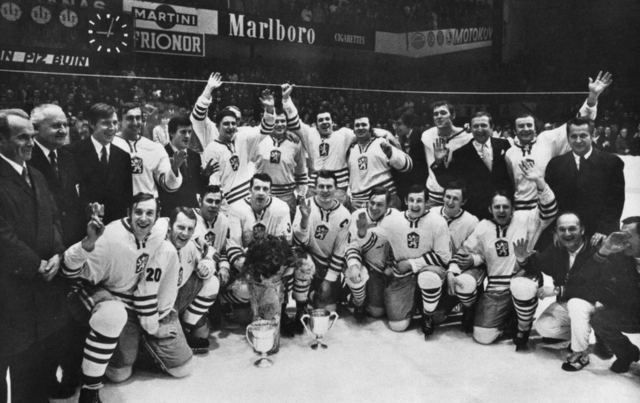 The 1972 World Ice Hockey Championships was the 39th edition of the Ice Hockey World Championships. The tournament was held in Prague, Czechoslovakia from 7 to 22 April 1972, and the Czechoslovakia national team won the tournament, the third time they had done so and first since 1949, ending the Soviet Union's streak of nine consecutive titles. In addition it was the Czech's 12th European title. For the first time, a separate tournament is held for both the World Championships and the Winter Olympics. Previously, the Winter Olympics tournament was held in lieu of a world championships, with the winner being declared world champion for that year. It also marked the first time in international ice hockey that all goaltenders were required to wear face masks

The American team, who had won the Silver medal earlier in the year at the Olympics, could not even win the 'B' pool, losing to Poland in their final match