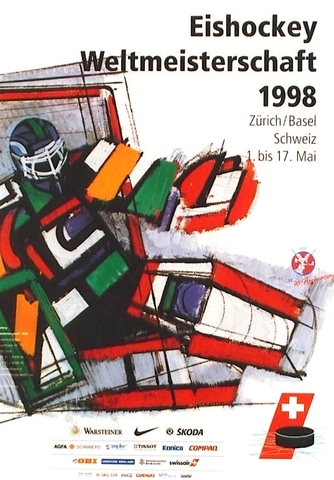 The 1998 IIHF Ice Hockey World Championships were held in Switzerland from 1–17 May 1998. The format expanded to 16 teams for the first time. The teams were divided into four groups of four with the top two teams in each advancing to the next round. The two groups of four then played a round robin with the top two teams in each moving on to the semi-finals. The semi-finals were a two game total goals for series as was the final.