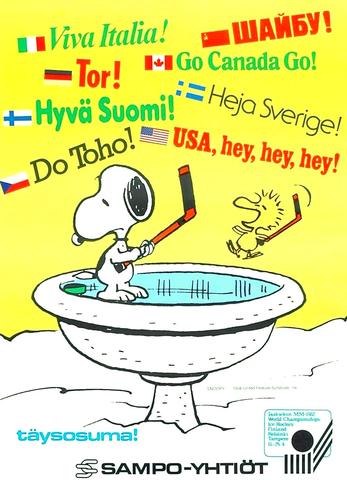 The tournament is notable since Canada, reinforced by Wayne Gretzky, would have won the silver if the Soviet team had won against Czechoslovakia in the final game. However, the teams tied the game 0–0. Gretzky did score more points than any other player in the tournament (14), in his only appearance at the World Championships, but the Soviet Union's Viktor Shalimov was selected as the "Best Forward" of the tournament.

Other notable events include: The Czechs lost to the Germans for the first time in forty-five years. The Italians, by beating the Americans, became the first promoted team since the tournament expanded to eight, to survive relegation. And they did so using seventeen Italian Canadians