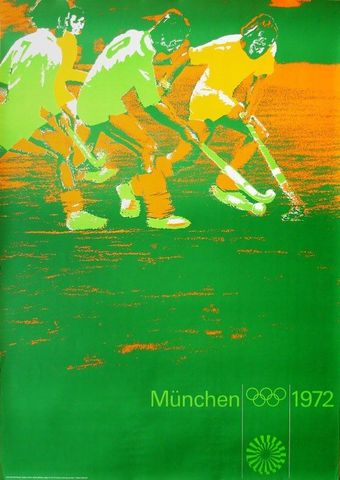 Otl Aicher - Born May 13, 1922 in Ulm, Germany – Died September 1, 1991 in Günzburg, Germany, also known as Otto Aicher, was a German graphic designer and typographer. He is best known for having designed pictograms for the 1972 Summer Olympics in Munich that proved influential on the use of stick figures for public signage, as well as designing the typeface Rotis. Aicher also co-founded the Ulm School of Design.

Otl Aicher also helped to design the logo of the Munich Olympics.