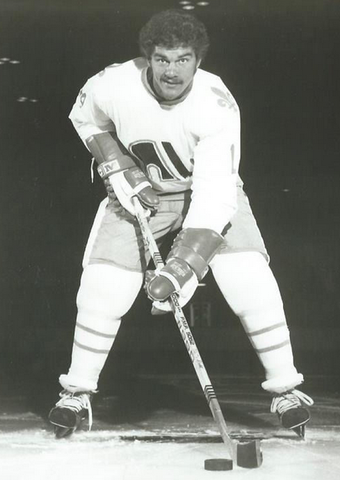 Goulet played his first professional season with the Birmingham Bulls of the WHA during the 1978–79 season in which he scored 28 goals and 58 points. Following the NHL/WHA merger, Goulet was declared eligible for the 1979 Entry Draft and was selected by the Quebec Nordiques.

During the 1989–90 season, a season in which the Nordiques ended up with a record of 12 wins, 61 losses and 7 ties and followed two years where the club failed to make the playoffs, Goulet was traded to the Chicago Blackhawks in return for younger players.

While playing against the Canadiens at the Montreal Forum on March 16, 1994, Goulet crashed into the end boards striking his head and suffered a severe concussion forcing him into retirement and having to cope with post-trauma symptoms. A year to the day after the accident, Goulet's number 16 was retired by the Nordiques before a large crowd at le Colisée de Québec where he enjoyed his most productive years.

While Goulet never won a Stanley Cup as a player, he did win the Cup with the Colorado Avalanche in 1996 and 2001 as Director of Player Personnel.