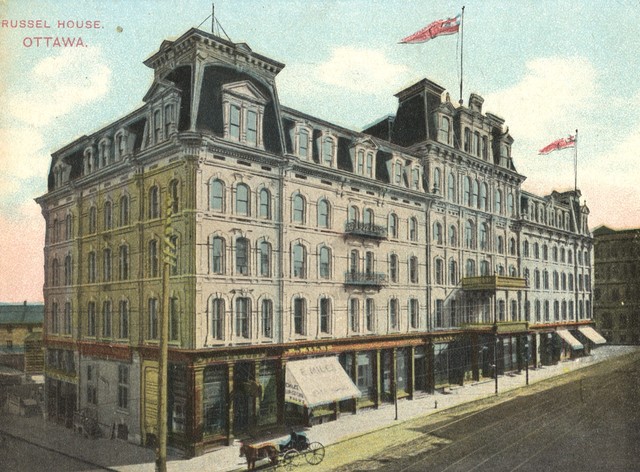 At a banquet held by the Ottawa Amateur Athletic Club at the Russell House Hotel on March 18, 1892 to honour the Ottawa Hockey Club, a letter was read on behalf of the Governor General Lord Stanley by his aide-de-camp, Lord Kilcoursie.

“I have for some time been thinking that it would be a good thing if there were a challenge cup which should be held by the champion Hockey team in the Dominion.

There does not appear to be any such outward and visible sign of a championship at present, and considering the general interest which the matches now elicit, and the importance of having the games played fairly and under rules generally recognized, I am willing to give a cup which shall be held from year to year by the winning team.

I am not quite certain that the present regulations governing the arrangement of matches are entirely of satisfaction, and it would be worth considering whether they could not be arranged so that each team would play once at home and once at the place where their opponents hail from.”

Lord Kilcoursie stated that Capt. Colville, who was at present in England, had been commissioned by the Governor to order the cup.

It would be held here by trustees till the end of the next season, and then presented to the champions.

The reading of the letter was greeted with enthusiastic applause.

Lord Stanley maintained a office one block away in the east Block of the Parliament Buildings in Ottawa, Ontario.