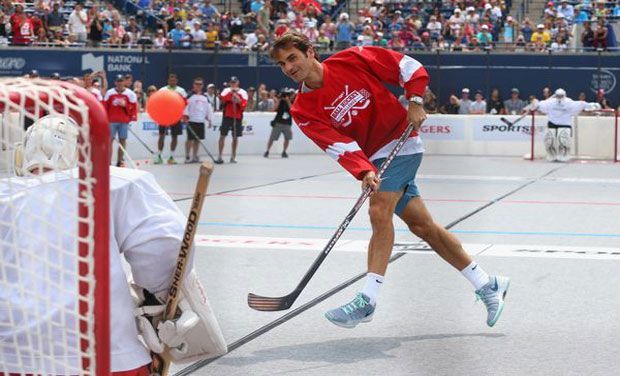 Roger Federer playing a little Ball Hockey in Toronto at the Rexall Centre as the Toronto Maple Leafs faced ATP World Tour players on a tennis court that became a temporary Hockey rink.

Federer actually scored a goal that was called the game winner.

Federer also played as a warm-up for tennis many years ago, what he call's Union Hockey, which today is called Floorball.

Sourced from http://www.deccanchronicle.com. Credited to AFP.