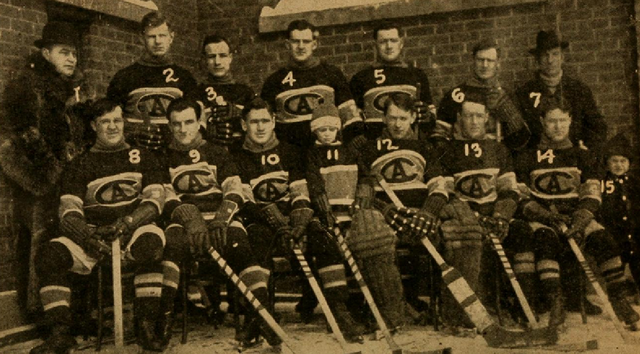 The name Club Athletique Canadien would not be used again after this season.

I'm pretty sure that Amos Arbour and Howard McNamara are incorrectly identified in this picture. At a glance I identified #10 as my great, great...(?) uncle. I was surprised to see him named as McNamara so took a closer look. #4 definitely looks more like McNamara and #10 looks exactly like Arbour. What source was used to find the names? Thanks.

The image has been corrected - Amos Arbour is now #10, and Howard McNamara is now #4