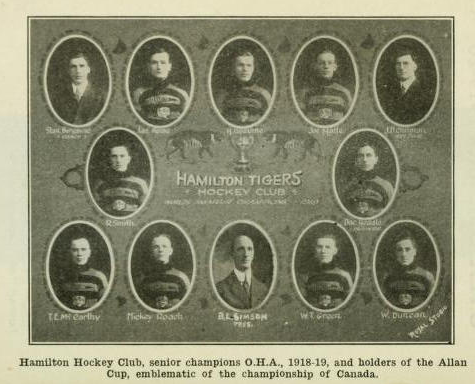 The Hamilton Tigers won the 1919 Allan Cup on goals differential 7 to 6 in a best of 2 championship games played at Queen City Arena in Toronto.

Game 2 went into overtime as the Winnipeg Selkirks scored 5 goals to tie the series for goal differential.

Officials decided to finish the game in five-minute periods with the first team scoring winning the series. Before the two-minute mark of the first overtime period, defenseman Joe Matte slipped the puck into the Selkirk net, giving the Tigers their first Allan Cup championship.