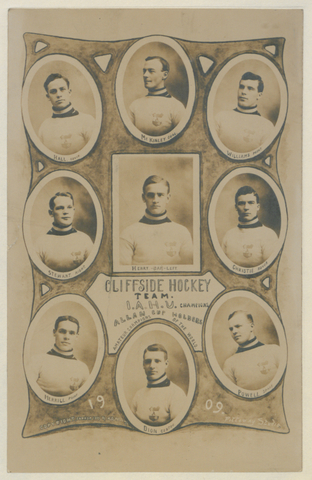 NOTE
The first Allan Cup was simply presented to the Ottawa
Cliffsides as champion of the league they were in (the Interprovincial
League), much in the same way the first Stanley Cup was awarded to the
Montreal AAA.
In the early days, the Allan Cup was a challenge cup, just as the Stanley Cup
was, so it appears there was often more than one championship series in a
year.