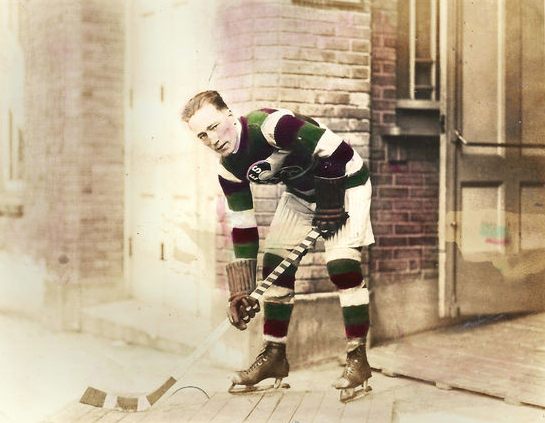 Bernard Patrick Morris (August 21, 1890 – May 1963) was a Canadian Professional Ice Hockey Player.
He played for the Seattle Metropolitans of the Pacific Coast Hockey Association. When the Metropolitans became the first U.S.-based team to win the Stanley Cup in 1917, Morris scored 14 of Seattle's goals (in a best-of-five series).
Morris also played for the Calgary Tigers, the Boston Bruins and various minor league teams.