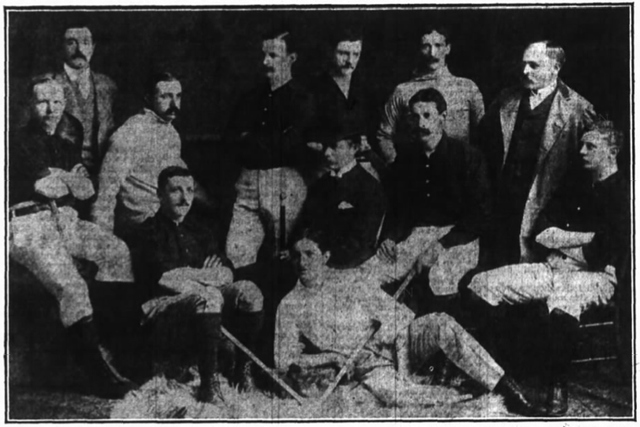 Team photo of the Rideau Hall Rebels, a parliamentary hockey team out of the capital city of Ottawa, in the early 1890s.

Lord Frederick Stanley's (donator of the Stanley Cup) two sons Edward and Arthur played on the Rideau Hall Rebels, and so did Philip Dansken Ross who also appeared with the Ottawa Hockey Club as a player and as an executive.