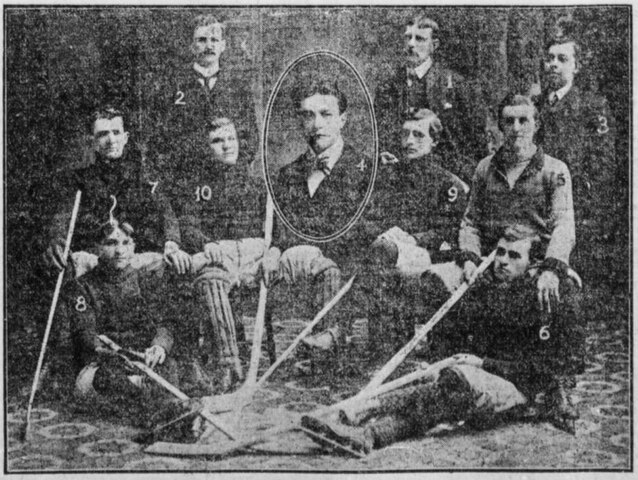 Alexandria HC in 1905. The club was struck by a tragedy when its player Alcide Laurin died during a February 24, 1905 game in Maxville, Ontario when he was struck in the head with a stick by Maxville HC player Allan Loney.