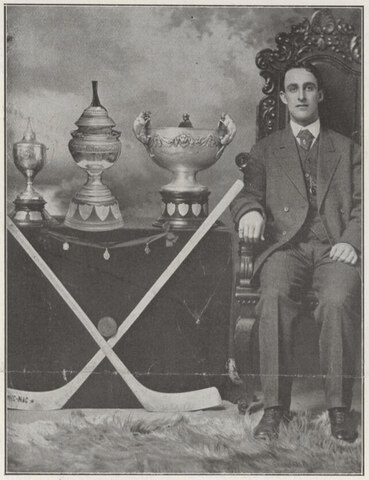 Wally Hern was the younger brother of famous goaltender Riley Hern, and he held the distinction as the only player who had won the Ontario Hockey Association championship at all three levels: Junior (in 1900), Intermediate (in 1904) and Senior (in 1907), all three times with the Stratford HC.