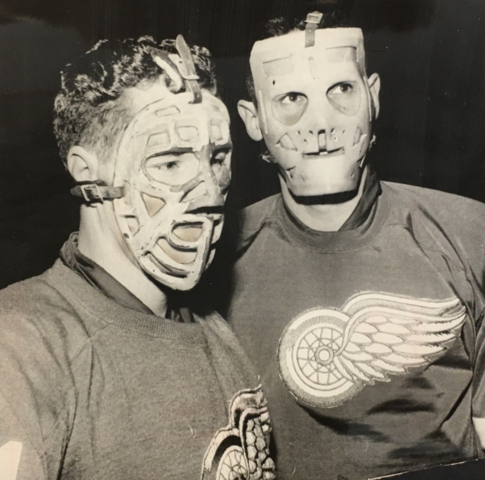 Detroit Goaltenders Dennis Riggin is wearing a new goalie mask that was called a Skeleton Mask at first, but is now known as the Pretzel Mask, and made by Jacques Plante company Fibrosport.

Terry Sawchuck is wearing a early model of a goalie mask made by the famous Ross "Lefty" Wilson, a trainer with the Detroit Red Wings