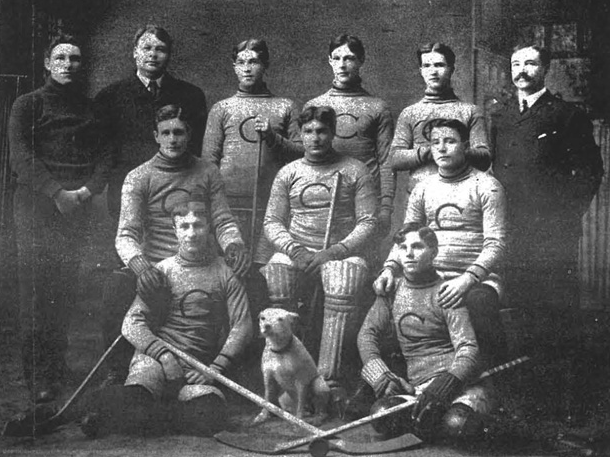 The Palestra was a 4,000 to 5,000 seat arena, and was the first building in the world built specifically for the use of ice Hockey and for most of its existence, the Palestra had a natural ice surface. The rink was flooded and would then freeze in the cold weather.

The arena did not have ice making equipment until the late 1940s. The building opened on December 16, 1904, with a professional International Hockey League game between Portage Lake and Calumet. Calumet won 4-3 in front of 3,000 spectators.
At the time, the population of Calumet was 4,668.

Laurium is a village in Calumet Township, Houghton County in the U.S. state of Michigan.