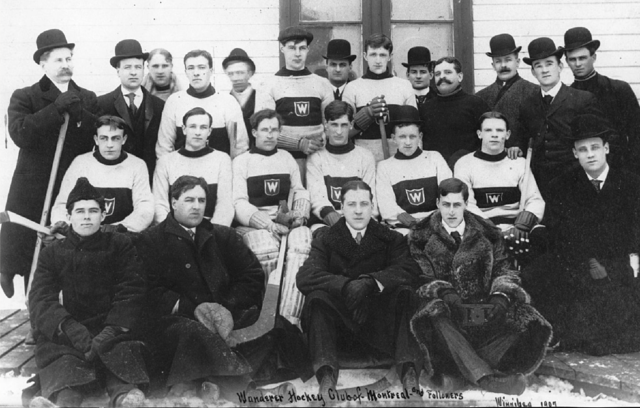 Montreal Wanderers Team in Winnipeg, Manitoba
And the Executive of the Wanderer Hockey Club in March, 1907.