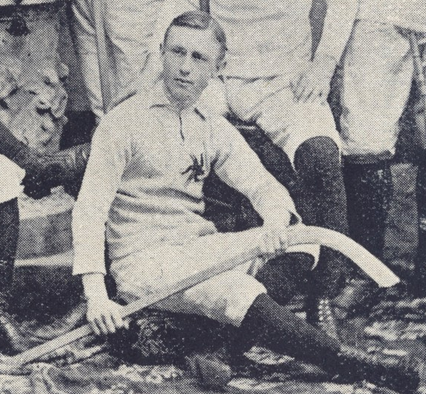 Chauncey Kirby (1872 – October 23, 1950) was a Canadian Amateur Ice Hockey player in the 1890s for the Ottawa Hockey Club of the Ontario Hockey Association / OHA and the Amateur Hockey Association of Canada / AHAC. He was a member of the three-time Ottawa champions from 1891 to 1893.

Kirby joined the Ottawa HC in 1890 and played six seasons for the club, and was elected captain for the 1895–96 season. He played again for the club in 1898-99 before retiring finally. He became a referee after retiring. He would be the referee of record for the 1908 Stanley Cup challenge between the Winnipeg Maple Leafs and the Montreal Wanderers

Kirby scored the very 1st goal in Stanley Cup history, in the original Stanley Cup playoff Final on March 23, 1894 at the Victoria Rink in Montreal, Quebec. Kirby of Ottawa would score 1st, and then the defending champions Montreal Hockey Club would score 3 straight goals to win the Stanley Cup