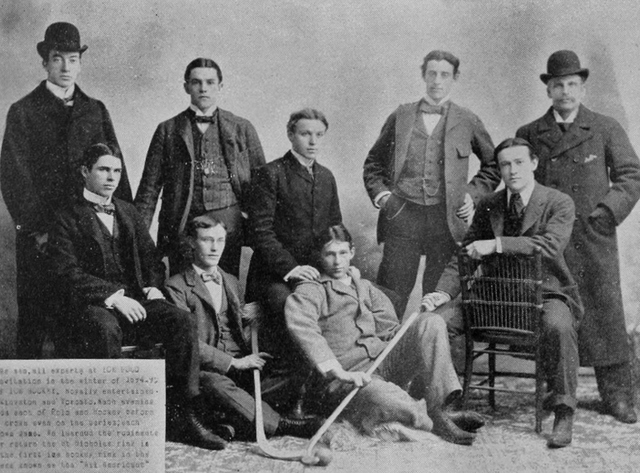 Photograph of an American intercollegiate ice polo team in Ottawa, Canada on January 1, 1895.

In Canada this group of intercollegiate ice polo players got influenced by the Canadian ice hockey game and brought it back with them to the United States.

Charles M. Pope from the Associated Press also accompanied the team, and he would later manage the St. Nicholas Skating Rink on Manhattan in New York City, and play with the St. Nicholas Hockey Club in the American Amateur Hockey League, a team that also included Malcolm Chace and Billy Larned. Chace and Larned were also prominent tennis players.