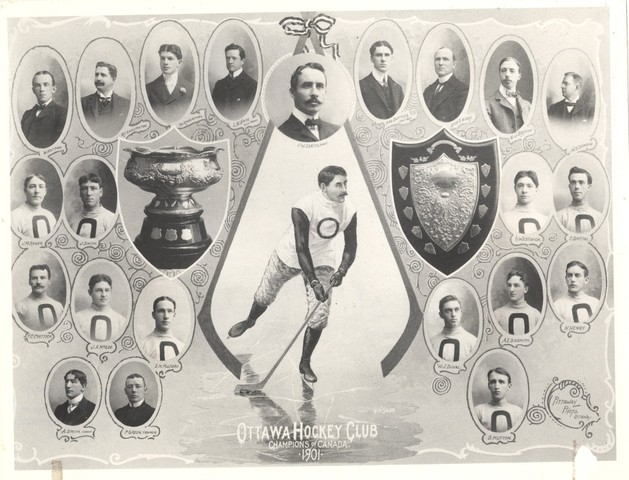 The Ottawa Hockey Club wore the same 'O' logo on their jerseys as the Ottawa Football Club that season.