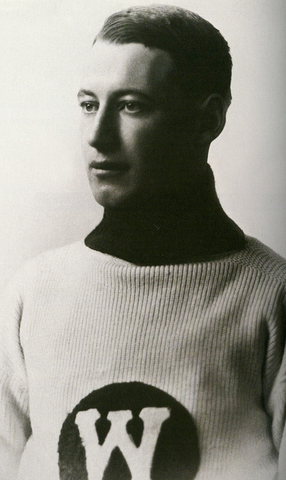 Ruttan moved on to play for the Winnipeg Hockey Club in 1912, helping them win the 1913 Allan Cup as senior Hockey champions of Canada.

When World War I broke out, Ruttan was a 26-year-old Civil Engineer when he signed his enlistment document as an officer in the 10th Canadian Mounted Rifles CEF in May 1916 at Winnipeg.

Ruttan returned to Canada in 1918, playing one further game for the Winnipeg Somme, but did not continue a competitive Ice Hockey career.

Ruttan remained in Hockey for many years after his playing days had ended. He coached the Winnipeg senior Hockey team during the 1919-20 season and officiated in the Winnipeg Senior League from 1920 through 1922, and then coached the University of Manitoba team for a year in the 1923 / 24 season.

Ruttan recalled later that the Allan Cup win, emblematic of amateur Hockey supremacy, was the greatest thrill of his Hockey career.

Jack D. Ruttan is a "Honoured Member" of the Manitoba Hockey Hall of Fame inducted in 1962.