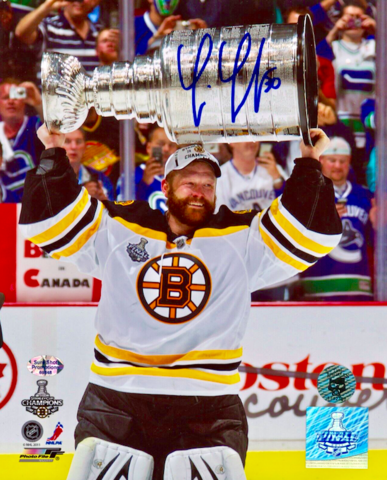 Thomas was awarded the Urpo Ylönen trophy (SM-Liiga best goaltender) with HIFK in 1998.

Thomas was awarded the Kultainen kypärä award (best player as voted by the players) with Jokerit in 2005.

Thomas was awarded the Lasse Oksanen trophy (best player) with Jokerit in 2005 - first non-European to win the award.

- Stanley Cup Champion 2011.
On May 27, 2011, Thomas posted a shutout victory over the Tampa Bay Lightning in Game 7 of the Eastern Conference Finals, sending the Bruins to their first Stanley Cup appearance since 1990. In the Final, Thomas again posted a shutout victory in Game 7 against the Vancouver Canucks. During the Bruins' playoff run, he set the record for most saves in a single post-season with 798 and the most saves in a Stanley Cup series with 238, and broke Frank McCool's 66-year-old record of fewest goals allowed in a seven-game Stanley Cup Final, allowing only eight goals total (for an all-time record .967 save percentage in the Stanley Cup Finals). Thomas also became the first goaltender ever to post a shutout in a Game 7 on the road.

Tim Thomas was inducted into the United States Hockey Hall of Fame in 2019.