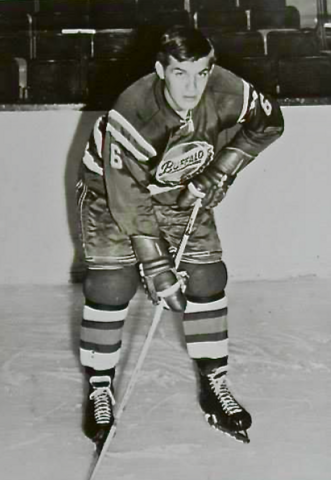 Hamilton made his NHL debut with the New York Rangers on February 2, 1966 vs the Chicago Black Hawks at Chicago Stadium in a 4-3 Chicago win.

Hamilton made the jump to the World Hockey Association / WHA first season in 1972-73, playing for the Alberta Oilers, and being named their 1st captain.

Member of WHA Team Canada in the 1974 Summit Series vs the Soviet Union.

Al Hamilton is a “Honoured Member” of the Manitoba Hockey Hall of Fame, inducted in 1992.

Al Hamilton is a inaugural member of the World Hockey Association Hall of Fame 2010.

Hamilton played for the World Hockey Association / WHA Alberta Oilers, Edmonton Oilers and was with the Oilers when they joined the National Hockey League / NHL for the 1979-80 season. He served as the 1st captain of the franchise (4 years). Hamilton is the only Oiler not to be a member of the 1980s Stanley Cup teams to have his number retired - No. 3