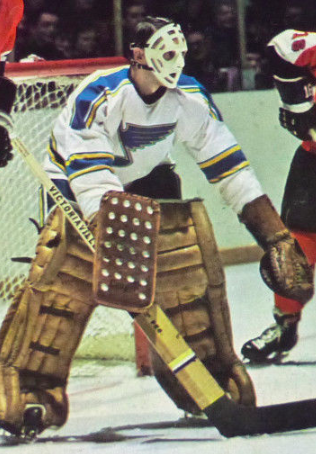 Wakely played his junior Hockey with the Winnipeg Braves from 1957 to 1961 in the Manitoba Junior Hockey League / MJHL. Wakely backstopped the Braves to the 1959 Turnbull Cup, as MJHL Champions, and then the 1959 Memorial Cup championship.

Wakely was also voted as the MJHL Top Goaltender in 1961.

Wakely played the 1962-63 season with the EPHL Hull-Ottawa Canadiens, but finished out the season in Spokane, Washington of the WHL, playing three games with the Comets. The high point of the season was a 1 game stopover with the NHL Canadiens, where he made his NHL debut and earned his 1st NHL victory on October 13, 1962 vs the New York Rangers in a 6-3 win.

In 1963-64 season, Wakely split the season between the American Hockey League / AHL Quebec Aces (8 games) and the Central Professional Hockey League / CPHL Omaha Knights (59 games). He was stellar with the Knights, posting a 38-16-5 record, with a 2.93 GAA during the regular season, and 8 wins in the playoffs, as the Knights won the 1964 Adams Cup championship as the first CPHL champions. Wakely had the CPHL - fewest goals against.

Wakely began the next season in Omaha (11-3-1) before being promoted to the AHL, splitting duties with the Quebec Aces and Cleveland Barons, and made the same two cities his home to finish the 1964-65 season. Wakely played a game in each city in 1965-66, before finishing out the 1965-66 season with the Western Hockey League / WHL Seattle Totems.

During this time period, Wakely was the property of the Montreal Canadiens, and would have his name engraved on the Stanley Cup in both 1965 and 1968, even though he never played a game for them during those 2 seasons, in fact he never even set foot in Montreal in those 2 years. Such went Stanley Cup name engraving in the days before stringent rules were set about for such qualifications. Truth be told, Wakely was a number, pure and simple, in a stacked Canadiens system in the 1960's.

Wakely played for the Cleveland Barons during the 1968-69 season, and played 1 game for the Canadiens on December 4, 1969 allowing 4 goals for his first NHL loss vs the Rangers, only 7 seasons after his first NHL win.

Wakely was traded to the St. Louis Blues for Norm Beaudin and Bobby Schmautz, June 27, 1969. Wakely appeared in 30 games in his first full NHL season, won 12 with four shutouts, his 1st shutout on November 13, 1969 vs the Pittsburgh Penguins. He recorded a NHL league leading goals against average of 2.11 in leading the Blues to the Stanley Cup Final against the Boston Bruins. Boston swept the Blues in four straight games to win the 1970 Stanley Cup. Wakely played in the first 2 games of the final series.

Building upon his first-year success, Wakely backstopped the Blues to 20 victories the following season, starting 51 games in goal for St. Louis. By now, he had earned the reputation as being a solid NHL calibre goaltender, which was noticed not only by those in the NHL, but also scouts for the fledgling World Hockey Association / WHA.

Wakely was selected by the Winnipeg Jets in the 1972 WHA General Player Draft, February 12, 1972. The Jets, already in prized possession of the Golden Jet Bobby Hull, made an offer that Wakely could not refuse. It was also an opportunity to play professional Hockey in his home province. Wakely backstopped the Jets the
1973 Avco World Trophy (Avco Cup) finals, losing to the New England Whalers.

Wakely tended goal for the Jets the next season, before being traded to the San Diego Mariners six games into the 1974-75 WHA season for cash and future considerations, January, 1975. Wakely played in San Diego until 1977.

After a brief six-game stint with the Cincinnati Stingers in 1977-78, Wakely packed his bags for Houston where he finished out the season with the Aeros.

In 1978, Wakely went to the Birmingham Bulls in what would be his final professional season and also the swan song for the WHA. Just four teams would be absorbed into the NHL. Wakely realized that at the age of 39, the chances of his landing a job were slim at best, so he decided to call it a career.

No other goalie played more games in the WHA and Wakely's 16 shutouts are also a WHA career record.

Ernie Wakely is a Honoured Member" of the Manitoba Hockey Hall of Fame, inducted in 1992.

Ernie Wakely was inducted as a Inaugural member of the World Hockey Association Hall of Fame in 2010.