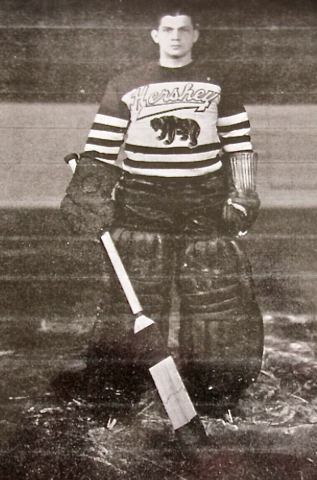 Damore played 1 game in the NHL on January 25, 1942, filling in for a injured Frank Brimsek of the Boston Bruins. He won the game for the Bruins 7-3 vs the Montreal Canadiens