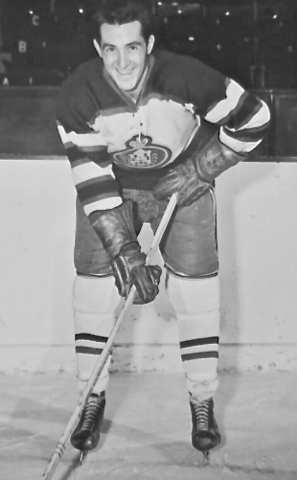 Denis played 3 games in the NHL with the Montreal Canadiens, collecting 1 assist in a game vs the Boston Bruins February 12, 1950.