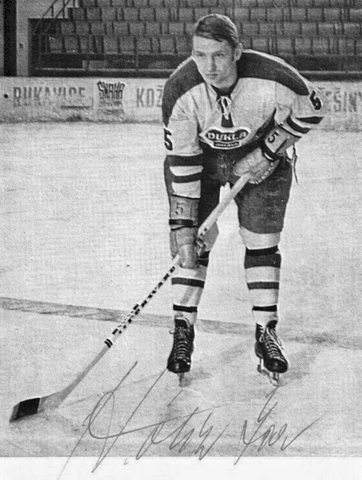 One of the hardest competitors of all time who never gave up. Opponents hated playing against him for his fierce playing style.
Very outspoken but always demanded everything out of himself and his teammates. Always in top shape.

At the 1969 IIHF World Ice Hockey championships, Jaroslav Holík and teammate Jaroslav Jiřík led the Czech team’s rebellion against Soviet influence by covering up the red star on their jerseys with tape for the March 28th game vs the Soviets, a 4-3 Czech victory. The Czechs would only win the IIHF bronze medal at this tournament, but by defeating the Soviets, not just once, but 2 times at the tournament, they had won and the whole country of Czechoslovakia knew it. Wild celebrations and anti-Soviet protests erupted in the streets of many Czech cities.