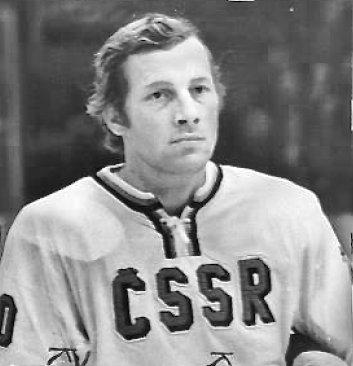 Holík joined the local Jiskra Havlickuv Brod club in 1952. Holík would play for various levels of the club, finishing with the Czechoslovak Second Division team in 1963.

Holík moved up to the HC Dukla Jihlava team of the Czechoslovak Elite League. He would be a member of Dukla Jihlava for the next fifteen seasons. His best goal-scoring season was 1968–69, when he scored 28 goals in the season.

Holík first played internationally for the Czechoslovak national men's team in 1964, scoring 7 goals in 15 games and winning a Olympic Bronze medal at the 1964 Winter Olympics.

Playing for the Czechoslovakia National Team, Holík was very successful, and played in 319 international games, scoring 123 goals. He played in 123 games at the World Championships, which is a Czech all-time record.

The Canada Cup was the first true best-on-best world championship in Hockey history as it allowed any player to represent their team regardless of amateur or professional status. The Czechoslovak team was predicted to face Canada in the final by most experts as they brought the same team that won the 1976 World Championship a few months prior.