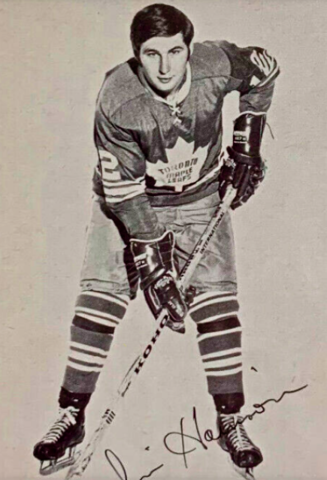 Harrison set a record in junior Hockey for the Western Hockey League / WHL of fastest natural hat trick, having scored 3 goals in 24 seconds for the Estevan Bruins during a 6-5 win over the Regina Pats in December 1966. He later helped the Bruins reach the 1968 Memorial Cup finals.

Harrison was the Alberta Oilers' team-scoring champion in their inaugural World Hockey Association / WHA 1972–73 season. That season he also set an Oilers' record by scoring 10 points (3G and 7A) in an 11-3 win over the New York Raiders in January 1973.