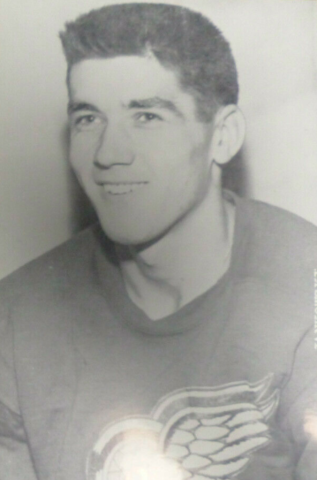 Jankowski played his first junior Hockey with the Hamilton Aerovox Hockey team, and helped them win the 1948 Sutherland Cup as Ontario Junior B champions.

Jankowski then joined the Oshawa Generals of the Ontario Hockey Association / OHA, scoring 7 goals, 5 assists in his first season, and 20 goals, 32 assists during the 1949-50 season. In his final season as a junior, he was placed on a line with centreman Alex Delvecchio. Their potent offence earned Jankowski and Delvecchio a reputation as the "payoff pair" for the Generals. Delvecchio, a future star, was seen as a playmaker, while Jankowski, his goal-scoring linemate, was heralded by sportswriters as the "hat-trick kid," as he often scored three goals in a game. Delvecchio averaged a goal per game, while Jankowski led the league with 65 goals in 1950–51, winning the Eddie Powers Memorial Trophy awarded to the player scoring the most points in the OHA regular season - Jankowski had 124.

Both Delvecchio and Jankowski earned one-game tryouts with the Detroit Red Wings on March 15, 1951. Delvecchio did not score a point, while Jankowski recorded an assist and had a goal disallowed. Lou asked the referee "Why didn't you call it a goal?", to which the referee replied "I couldn't see the puck." and Lou replied "That's because it was in the net!"

Detroit sent Jankowski to the Indianapolis Capitals of the American Hockey League / AHL for the 1951-52 season. He was having a strong season, scoring 18 goals, 18 assists when he suffered a serious injury, fracturing his skull on the ice which placed him in hospital for three months.

Jankowski started the next season with Detroit, playing his first game on October 30, 1952, and scoring his 1st NHL goal on November 9 vs the New York Rangers. He played a total of 22 games for the Red Wings adding just 2 more assists when they sent him to the Edmonton Flyers of the Western Hockey League / WHL to finish the season.

Jankowski was then traded to the Chicago Black Hawks by Detroit with Larry Zeidel and Larry Wilson for cash, August 12, 1953. Jankowski displayed some of his scoring touch, with 15 goals, 13 assists in 68 games.

Jankowski broke a bone in his big toe in training camp in 1954. After recovering, he played 36 games for the Black Hawks, scoring just 3 goals, 2 assists and he was sent to the minors with the AHL Buffalo Bisons. When describing the demotion years later, he said, "They told me I was being sent down for seasoning. Well, 14 years later, I was still being seasoned!"

Jankowski helped the Bisons reach the 1955 Calder Cup finals, and then played 3 full seasons for Buffalo.

Jankowski then joined the Calgary Stampeders of the Western Hockey League / WHL, quickly establishing himself as the league’s top scorer. He led the WHL in goals in his first three seasons, including a spectacular 57-goal performance in the 1960-61 season. The record-setting tally earned him the 1961 Leader Cup for most-valuable player honours, including a cheque for $500 from a sponsoring liquor company. With the Calgary Stampeders he was named to the WHL All-Star Team 4 times (1959, 1960, 1961 and 1963) and won the Leader Cup as the WHL's Most Valuable Player in 1961. He was also voted to the WHL Prairie Division First All-Star Team in 1959.

Jankowski was then signed as a free agent by the WHL Denver Invaders, September, 1963, and again led the league in goals with 41 for the Invaders in 1963-64, the same season in which he won the Fred J. Hume Cup as most gentlemanly player.

After playing just 1 season with Denver, Jankowski signed with the WHL Victoria Maple Leafs, helping the reach the WHL finals in 1965, and then during the 1965-66 season, scored 32 goals, 32 assists during the regular season, leading the Maple Leafs to finish 2nd in the league, then he scored 4 goals, 2 assists in the playoffs, leading Victoria to the 1966 Lester Patrick Cup championship as WHL champions. Jankowski played 1 more season in Victoria.

Jankowski then finished his playing career with the WHL Phoenix Roadrunners (1968-69), Denver Spurs (1968) and the CHL Amarillo Wranglers to finish the 1968-69 season, also serving as an interim playing coach.

In October 1969, he was hired to coach the Eastern League's Jersey Devils, a posting that lasted four months until he resigned due to stress.

Hanging up his skates after 18 professional seasons, Jankowski began a lengthy career as a scout in 1972 with the St. Louis Blues. He also prowled the back roads looking for talent for the Washington Capitals, the NHL Central Scouting Bureau, and the New York Rangers, for whom he was employed for 15 years, based in Calgary, Alberta.