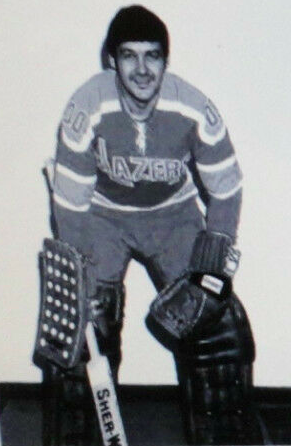 Parent played for the Niagara Falls Flyers of the OHA Junior A league. A two-time winner of the Dave Pinkney trophy (lowest goals against average or GAA), he wrapped up his junior career on the team that won the OHA championship (J. Ross Robertson Cup) and the Memorial Cup championship in 1965.

Parent began his career with the Boston Bruins in the 1965–66 season, making his NHL debut on November 3, 1965 vs Chicago Black Hawks at Chicago stadium in a 2-2 tie.

Parent got his 1st NHL victory vs Montreal Canadiens on November 6, 1965 at The Forum in a 3-1 Boston win. His 1st NHL shutout was vs Toronto Maple Leafs on November 14, 1965 at Boston Garden in a 2-0 Boston win. Parent appeared in 39 games for the Bruins this season.

The following season, Parent played 18 games for Boston and 14 games for the Bruins' farm club, the Oklahoma City Blazers.

Looking for help up front to improve the club's offence, the Flyers dealt Parent to the Toronto Maple Leafs on February 1, 1971. The trade turned out to be a positive turn for Parent. In Toronto, Parent joined his boyhood hero, Jacques Plante, who at 42 was having an all-star season. Under Plante's tutelage, Parent became a more consistent and technically proficient goalie. Parent played well for the Maple Leafs through the 1971–72 season, gaining valuable regular season and playoff experience.

Without a contract with the Maple Leafs for the 1972-73 season, Parent signed a large contract with the Miami Screaming Eagles of the newly forming World Hockey Association. He was the first NHL player to jump to the new league. The Eagles did not materialize as planned, and instead became the Philadelphia Blazers. Parent faced a barrage of shots in 63 regular season games for the Blazers in the defensively weak league. After leaving the team over a contract dispute during the 1973 WHA playoffs, he sought a return to the NHL but did not wish to return to the Maple Leafs. Toronto traded Parent's NHL rights back to the Flyers for Favell and a first round pick in that summer's (1973) amateur draft.

The next two seasons were the greatest of his career and would see Parent record a combined 31 regular and post-season shutout victories. Hockey scribes have often cited Parent's play between 1973-1975 as some of the best ever seen in the game. Playing 73 games in a 78 game schedule, Parent sparkled in leading the league with a 1.89 GAA and 12 shutouts. He began the 1973-74 season with two shutouts besting Favell 2-0 in the season opener against Toronto in Philadelphia. He shared the Vezina Trophy with Chicago's Tony Esposito and was named to the 1974 NHL All-Star Game as the Flyers skated to a first place finish in the West Division. He won the Conn Smythe Trophy (playoff MVP) and the Flyers won the first of 2 consecutive Stanley Cup Championships. The following year, he again posted 12 shutouts and won another Vezina Trophy, a second Conn Smythe Trophy and the Stanley Cup. In both championship playoff runs, Parent shut out the opposition in the deciding 6th game of the Stanley Cup Finals defeating the Boston Bruins 1-0 in '74 and the Buffalo Sabres 2-0 in '75. "Only the Lord saves more than Bernie Parent" became a catch-phrase and bumper sticker in Philadelphia in those years.