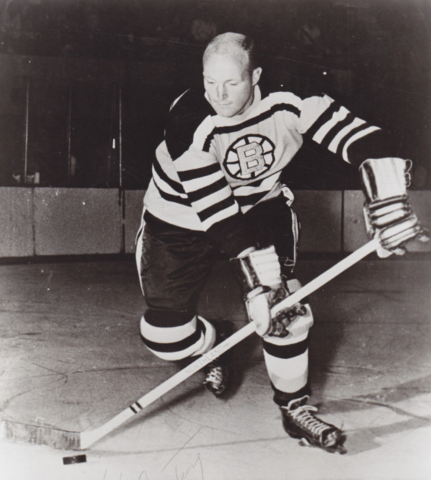 Armstrong played junior hockey with the Stratford Kroehlers and broke into the NHL with the Boston Bruins in the 1950–51 season.

Armstrong played in 2 games for the Bruins in 1950-51. The following year he played with the Hershey Bears until the playoffs when he was called up and played in five games. Amrstrong spent most on the next dozen years in the NHL.

Armstrong anchored the Boston blueline for every one of his 542 career NHL games.