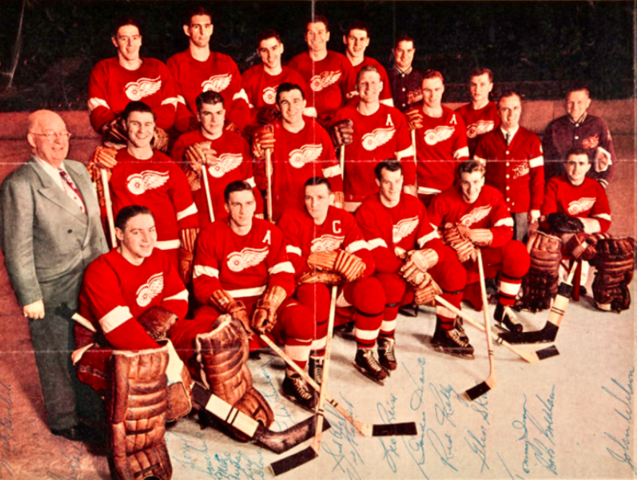 With rookie Terry Sawchuk in goal, and a team with perennial All-Stars and future Hall of Famers, Detroit finished 1st overall for the fourth consecutive NHL season, with a record of 44-14-12, and allowed them to reach the century mark in points for the second straight year - the first two 100-point seasons in NHL history. The 44 wins also tied their NHL record for victories in a season.

- The first time a NHL team had gone undefeated in the playoffs since the 1934–35 Montreal Maroons.
- The first time in NHL history the defending cup champs were swept in the first round (Toronto Maple Leafs).
- Terry Sawchuk posted two shutouts in his Stanley Cup Finals debut, and did not give up a goal on home ice during the playoffs.
- Gordie Howe scored two goals in his Stanley Cup Finals debut.