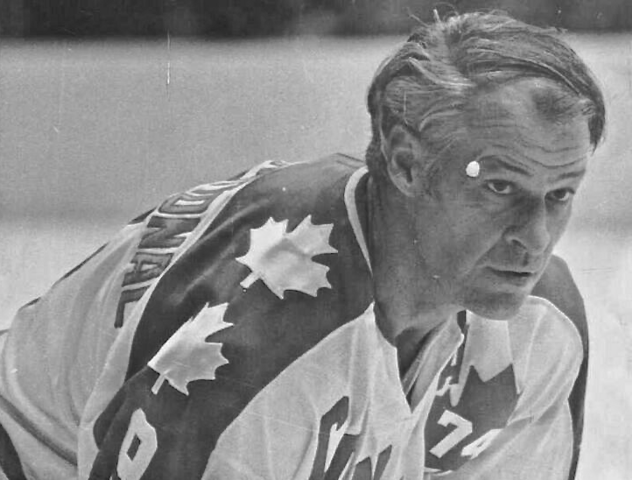 Gordie Howe, age 46, played in 7 games of the 1974 Summit Series, scoring 3 goals, 4 assists and 1 minor penalty. He was tied for 4th place in scoring with 3 other players.

Howe missed game 3 with bruised ribs from his son Mark, who had hugged him after a goal in game 2, as Gordie had his hands/stick up with ribs vulnerable.

Gordie Howe played with both his sons, Mark and Marty during the tournament.

Gordie Howe was known as a "SuperStar" to the Soviet people and some of their future Hockey greats, and they all watched the games with deep interest of his play.

The Soviets won the series with 4 wins, 1 loss and 3 ties.