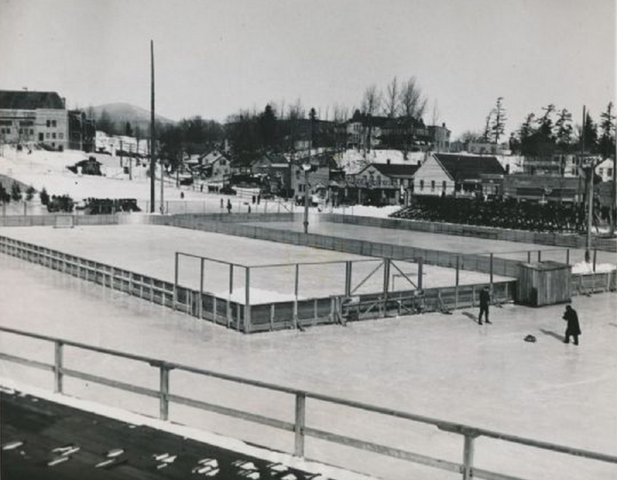 There were two rinks used in Lake Placid, one outdoors inside the speed skating oval, and for the first time at the Olympics, some ice Hockey games were played indoors.